St George Illawarra coach Paul McGregor praised the character of his players after they snatched a late 20-18 win over Parramatta at WIN Stadium on Thursday night.

With seven players backing up from the representative round and Tyson Frizell and Leeson Ah Mau rested, the Dragons looked flat and trailed 18-8 with just six minutes to go, but stole the win through late tries to Eaun Aitken and Matt Dufty.

McGregor admitted that his players had been out-enthused by the last placed Eels but halves Gareth Widdop and Ben Hunt had managed to steer them to victory in the dying minutes.

“Big moments; big players. They got the job done when it was needed so that was great,” McGregor said. “There are a lot of blokes who have played some high level footy in the last few days.

“Gareth and the boys have been travelling from a different country, with different time lines and dates, and Leeson didn’t play because of that. The Origin guys played four days ago in the toughest environment and had to back up on a Thursday.

“We spoke about it during the week and we spoke about it just then in the sheds. They are very committed to one another, which is the most important thing and they always put the team first.”

The match against Parramatta was the first time this season the Dragons haven’t had the same starting forward pack, with Jacob Host replacing Frizell in the second row.

Luciano Leilua and Blake Lawrie also got their chance off the interchange bench.

“The young players who came in were outstanding,” McGregor said. “Jacob Host played some really good footy and I thought Luciano when he came on was great and Blake Lawrie off the bench.

“They have been getting ready for that opportunity for a while now and they went really well.”

The win maintains St George Illawarra's position as outright competition leaders and all but seals their place in the finals, with 26 points after 15 matches and a bye.

"Everyone called us May premiers. Now we're June premiers," McGregor said. "For me, it's just important to get through such an important period of the year winning games and with people healthy. We got one that in the past we wouldn't have." 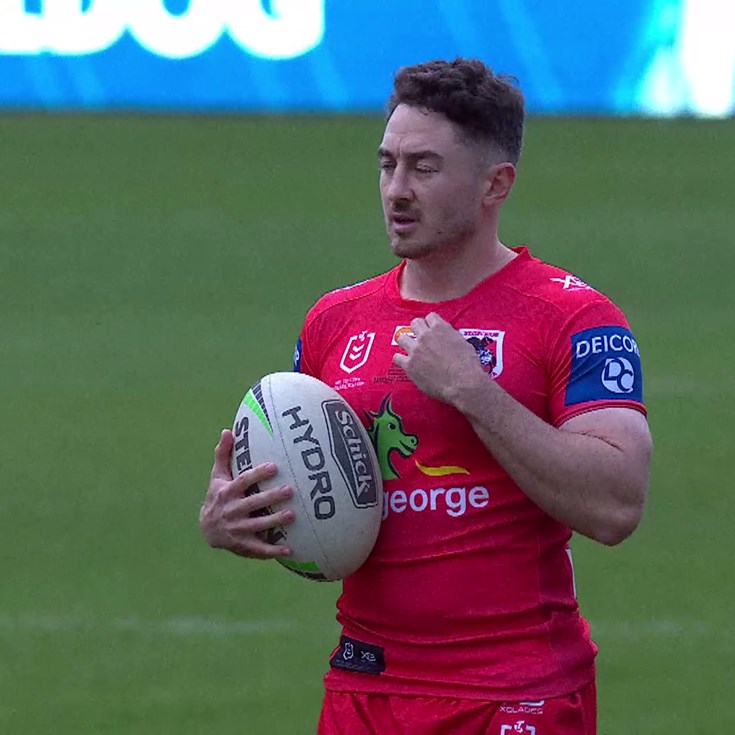