Broncos coach Anthony Seibold didn’t try to make any excuse for his team’s 36-4 humbling by premiers Sydney Roosters at the SCG on Thursday night.

It was undoubtedly the Broncos worst performance of the season and a reality check of where they are at after the first four weeks of the Telstra Premiership as the Roosters dominated every facet of the game.

“When you play a quality side like the Roosters, who are premiers for a reason, they really find you out,” Brisbane captain Darius Boyd said.

The full-time statistics highlighted why Brisbane lost the game, with Seibold’s men having just 43 per cent of possession and missing 54 tackles.

The Broncos would have struggled against any team but the Roosters really made them pay in a performance that was so dominant they were able to replace halfback Cooper Cronk 28 minutes from full-time.

“The Roosters ran harder than us and they defended more aggressively than us,” Seibold said. “I thought that the Roosters forward pack missing [Jared] Waerea-Hargreaves did the job on our forward pack.”

Much has been made about the potential of the Broncos young forwards but they were no match for the Roosters, even without Waerea-Hargreaves and hooker Jake Friend.

“It doesn’t matter how many young blokes you have got in the team, if you get picked in the NRL you have got to do your job,” Seibold said. “The guys tried hard but trying hard in the NRL is not good enough.”

Boyd had no explanation for the lacklustre performance and said the previous three matches against Melbourne, North Queensland and St George Illawarra had been much better.

Pangai placed on report for tackle on Cronk

He admitted there had been a lack of resolve among the team after the Roosters scored two early tries.

“They played well but defensively we were just really off and a bit quiet and out-enthused,” Boyd said. “There were too many dropped heads and we just went out the back door.

“I think it really starts with defence, numbers in tackles and winning the play-the-ball speed. Besides tonight, we have been pretty good so we just need to cross this one out and put it down to a bad night.”

The Broncos will welcome boom prop Payne Haas back next week from a four-match club imposed suspension but could lose Tevita Pangai after he was placed on report for a late shot on Cronk in the 19th minute. 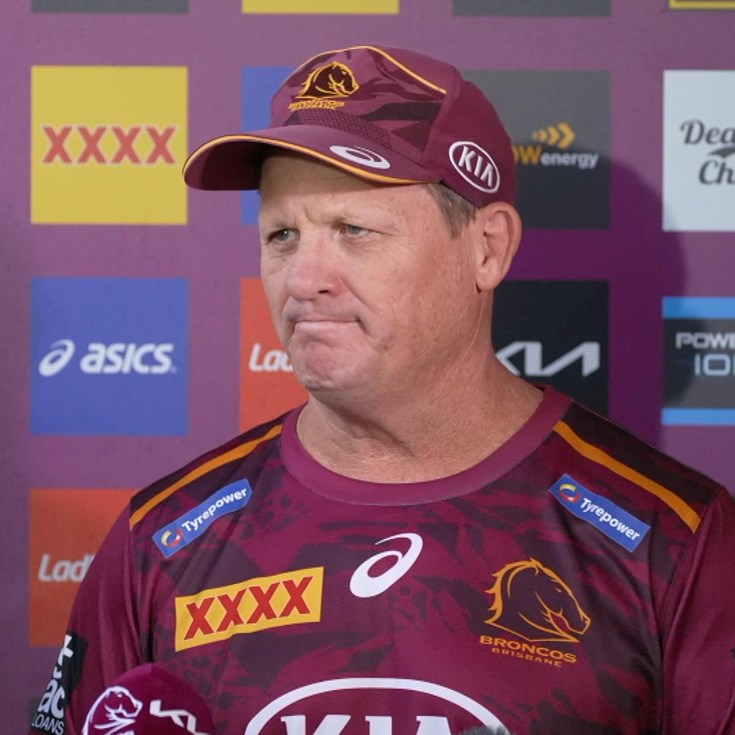