NSW coach Brad Fittler is confident Tyson Frizell will be cleared to take his place in the Blues team for the opening State of Origin after a sickening head clash with Cronulla centre Josh Dugan in St George Illawarra’s 22-9 loss at WIN Stadium on Sunday.

Fittler was on hand at the match in his role with the Channel Nine commentary team and he visited Frizell in the Dragons dressing room at half-time after the star second-rower was knocked out in the 32nd minute incident.

"I went down and talked to Friz at half-time and he wanted to go back on," Fittler said.

"I think he got cleared by the medical staff, obviously not to come back on but I think he is OK.

"I think that is his first concussion and we will just follow protocol. I am not sure when he can train but we will work that out.”

Frizell was one of three St George Illawarra players who failed to return in the second half, with centre Tim Lafai and prop James Graham suffering ankle injuries.

Graham was in a moon boot after the game and Lafai left the ground on crutches.

"We’ve got a bit of a MASH unit downstairs, to be honest," Dragons coach Paul McGregor said.

"Tyson was up and about at half-time but he was in state to go back on the field.

"I am not sure about Origin, I will leave that to the doctors but he knows the score line and all things like that so he looks OK."

McGregor said Frizell had not been concussed previously this season but missed two games after a painful testicle injury in the opening round and suffered a poke in the eye against Parramatta recently.

"He hasn’t finished many games for us this year," McGregor said.

"He obviously had those couple of injuries early and hasn’t been able to really complete 80 minutes which is unfortunate because he is an important player and it is coming into an important time for himself as well, with Origin just around the corner."

Five-eighth Corey Norman is due back from a fractured cheekbone in St George Illawarra’s next match against Canterbury on June 10, while forward Korbin Sims returned from a broken arm in the loss to the Sharks.

However, Graham and Lafai may now join captain Gareth Widdop (shoulder) and lock Jack de Belin (stood down) on the sidelines.

"At the moment I don’t know the extent but if James doesn’t come back on the field it is a bad one, one would think," McGregor said. "He is in a boot and Lafai is on crutches as well so they are both highly unlikely but we have got the bye next week so that helps."

McInnes flips over from dummy-half

Despite St George Illawarra’s fifth consecutive defeat, McGregor was upbeat and praised back-up hooker Reece Robson, who had to play long minutes off the interchange bench, along with second-rowers Jacob Host and Luciano Leilua.

"I’m not shattered by that performance, I am actually excited," McGregor said. "It is a big difference within seven days but it wasn’t good enough.

"I was disappointed last week after a very ordinary performance [against Newcastle] but I thought we were very brave and courageous at times." 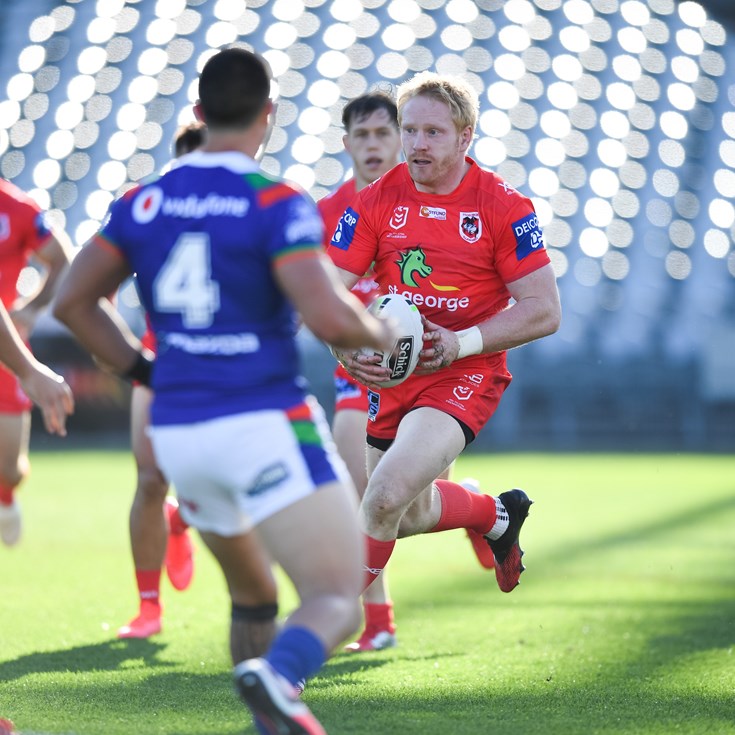