St George Illawarra forward Blake Lawrie has credited time spent staring at the black line on the bottom of a Wollongong swimming pool for helping him cope with his first full season in the NRL.

Lawrie, who returns for Sunday's clash with Cronulla after missing his first match of the season last weekend, approached assistant coach Dean Young for advice after becoming a regular member of the Dragons pack in 2019.

Lawrie said Young's suggestion that he add swimming to his training regime had already proved a winner.

"I am not the biggest or the most powerful bloke on the field so I asked Dean for a bit of advice about things to work on and what to do on days off," Lawrie said.

"I've been swimming laps of the pool on my days off and I've found it good for a number of reasons.

"It's mental - just following that black line - and it's good for a bit of recovery too because it just gets the body moving."

The Dapto junior had previously worked with 2010 premiership hooker Young at under 20 level and was eager to listen to any tips he had to offer.

Despite not being a strong swimmer, he has started swimming 10 laps per session in the 25m pool.

"I just told Dean I wanted to cement my spot and start developing my game a bit more and play a bit more of a dominant role for this team," Lawrie said.

"He is the forwards coach so I obviously go to him for advice and he is one of the blokes who have helped me along the way."

Lawrie said he had reduced the time it took him to swim each lap of the pool from more than 30 seconds to about 25 seconds.

"I found it hard at the start but I am getting better and better. I can make my times a lot easier," he said.

"I just do about 10 laps and I count how many strokes I do. I try to do it in 30 seconds and if I get there in 25 seconds, I will just rest for five seconds and go again.

“I am getting a bigger rest now, [whereas] at the start I was doing it in just over 30 seconds so it has helped me with my fitness too. It's not meant to be anything too intense."

"I feel as if it has been helping me in the games and during the week, with recovery and obviously mentally as well. You just get away from it when you are in the pool."

After making 15 NRL appearances in the past two years, mostly off the interchange bench, Lawrie has so far this season played 19 games and he has started on all but four occasions.

Lawrie said he found the step up challenging but the Dragons have identified him as a long-term player and signed him until the end of the 2022 season, along with halfback Ben Hunt, second-rower Tariq Sims, prop Paul Vaughan, winger Jason Saab and 17-year-old playmaker Jayden Sullivan. 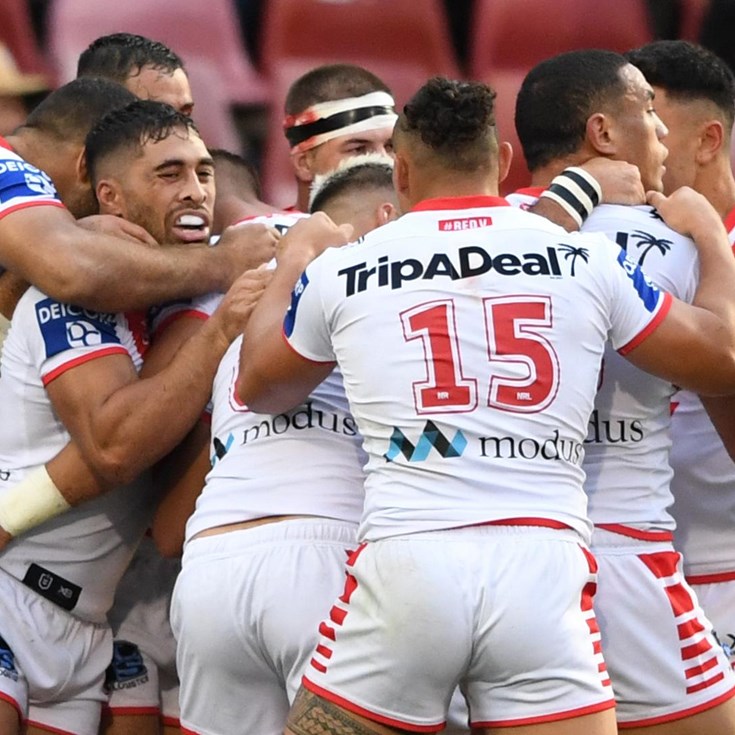