Raiders prop Corey Horsburgh was a surprise starter out wide on the right edge in Canberra's final trial and 'Big Red' says he's happy to fill in there until England Test star John Bateman returns.

Bateman is listed for a round eight return while promising young edge forward Hudson Young is still suspended for five NRL games, leaving a gap in Canberra's edge stocks.

Joe Tapine played the trial at lock, with Horsburgh plugging the right edge – where he expects to stay as long as he's needed despite never having played there before.

"It's a bit different, obviously no John Bateman out there so I've been practising on that right edge in case I need to play there," Horsburgh told NRL.com after Saturday's 12-10 win in Port Macquarie against Canterbury.

"I played nearly 60 minutes there today and felt all right. A few silly offloads but that's easy to change."

Horsburgh, whose high work rate was eye-catching in his time in the middle in his 2019 debut season, appeared to overplay his hand a little at times while the high-octane style of new right side half George Williams kept all his outside men – which also included centre Curtis Scott and winger Nick Cotric – on their toes.

"I was getting a bit frustrated not getting my hands on the ball but I'll get used to that," he added.

"It was my first game there ever, but I'll get used to it and when I do get the ball I'll have to make an impact as a back-rower should.

"Depending how they think I played today, but I'll do the job until [Bateman] gets back then I'd love to go back to the middle."

He admitted England Test half Williams is "a bit hard to play off".

"He's fast so he'll take a little bit of getting used to but I think once I get used to him we'll be dangerous out there with Curtis and Nicky so it will be good," Horsburgh said.

He also hoped the bigger minutes out wide would improve his fitness and overall understanding of the game when he eventually returns to a middle role.

Heading into his second NRL season, the north Queensland product was still pinching himself that he got to play a grand final in his first year.

"I personally loved it, even though the loss hurt like it would, but to look back on in my first year was something special," he said.

"I don't ever want to not play in the finals so that's something to build on. The squad's hungrier than they were last year so it's going to be a good year." 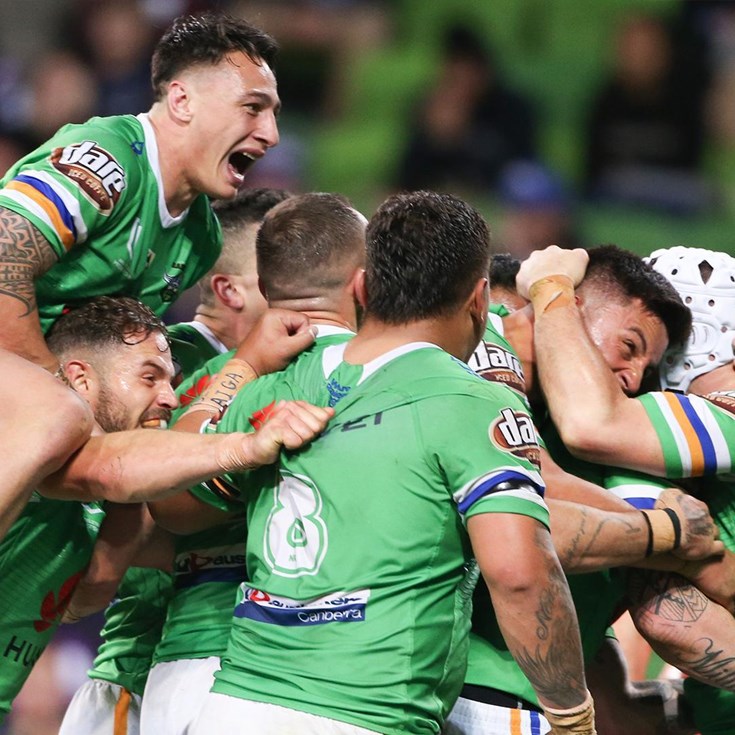