Zac Lomax would be a lot richer than his long-term Dragons deal stipulates if he had a dollar for every time he's been asked which position suits him best.

After playing wing and fullback at other times during his still-young career, his impressive efforts as a centre during Friday night's narrow loss to the Raiders may just add further delay to any ambitions the 20-year-old had of becoming the club's long-term fullback.

Lomax's performances on the right edge in recent weeks include three tries and 11 tackle busts – most notably his in-and-away on Jarrod Croker last start before flicking a pass to get Jason Saab into space.

A season-high 171 metres also came in the same role when the Dragons were pummelled 18-0 to the Warriors in round three.

After starting the season in a fullback battle with Matt Dufty, the Temora product is all but resigned to now making an edge his own.

"Every centre will tell you when you have a bit of space you get some joy or can generate a quick play-the-ball for the next play," Lomax told NRL.com.

"I feel like I'm combining well with Friz [Tyson Frizell] and Normy [Corey Norman] on my edge. I'm feeling confident playing outside them and with Saaby [Jason Saab] he's been good as well."

Since coming into first grade as a teenager in 2018, Lomax has changed positions 10 times.

His past six weeks in the centres has been the longest streak he's put together in one position.

Lomax is no stranger to the centres, starring for NSW in the under 18s Origin clash before starting for the Dragons in the role during their finals run in 2018.

"I get asked the same question nearly every interview," Lomax said.

"Every player wants to build some consistency. I'm only young coming into the team and still trying to learn as I go.

"Sometimes it's tough to keep moving around but hopefully I can stay in the position and build some combinations with my inside and outside players."

Dragons coach Paul McGregor was left disappointed by the side's senior players in their loss to the Raiders but praised the efforts of Lomax, Matt Dufty and Euan Aitken, who is off-contract at season's end.

However, Lomax expected the coach to be just as hard on the club's inexperienced players in their review this week after a poor first-half showing.

"We're all in it together and are expected to perform, there's no player out there who should perform more than the other, everyone's out there to do a role," he said.

"If the coach didn't think we were up to it we wouldn't be put on the park."

Lomax is expected to overcome a knee complaint after being twisted awkwardly in a tackle late in the loss. 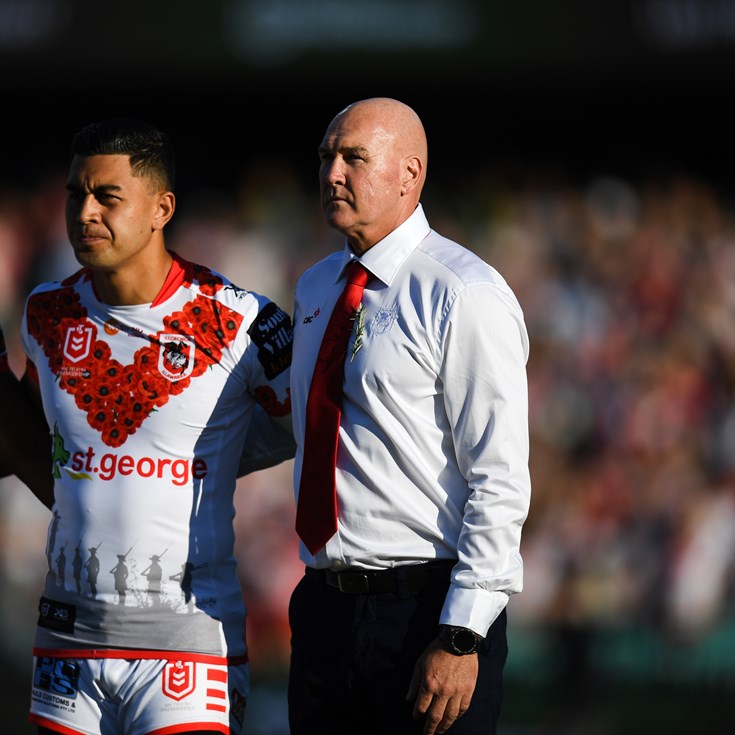 Sailor can be X-factor for Dragons