Wests Tigers winger David Nofoaluma and prop Josh Aloiai have been cleared to take on Brisbane on Friday night after testing negative for COVID-19 as part of the NRL's agreement with the Queensland government.

Five members of the Tigers bubble, also including coaching staff Brett Hodgson and Simon Dwyer and development player Zac Cini, were sent for precautionary tests as they live in Western Sydney hotspots for the virus.

All five have been cleared of any concerns, with Nofoaluma and Aloiai to start against the Broncos at Leichhardt Oval.

The Tigers were notified on Thursday that players and staff from teams playing against Queensland-based clubs, including the Melbourne Storm who have relocated temporarily to the Sunshine Coast, are required to be tested for COVID-19 before the match if they live in the Liverpool or Campbelltown areas.

Penrith play North Queensland on Sunday but none of the Panthers players or staff reside in the affected suburbs.

"Once we heard that we needed to get tested, they jumped in the cars and went. We’ll get the results back on that pretty soon."

Nofoaluma and Aloiai have been named in the starting line-up for the match against the Broncos at Leichhardt Oval.

Neither player has displayed any symptoms of the coronavirus.​

Manly are likely to be the next team with players required to be tested as they are due to travel to Townsville next week to play the Cowboys and several Sea Eagles live in the nominated suburbs.

The Panthers also play in Queensland next week against Gold Coast, while the Broncos host the Storm at Suncorp Stadium.

"I'm sure those things will continue to happen over the next period of time,” Maguire said.

"We understand the world we're living in at the moment and we need to do the due diligence around making sure the game is safe and everyone is safe."

The NRL re-introduced strict biosecurity measures on players in NSW and the ACT, where they are only allowed them to leave their homes for training and games for the next two weeks, following the outbreak at Casula's Crossroads Hotel.

Canterbury centre Jake Averillo was stood down earlier this week as his parents, who he lives with, had visited the hotel during the period in question but tests cleared the rookie and his family.

"I think one thing we have shown in the game now is we have to do what is needed to keep the game going," Maguire said.

"Everyone has just got to respond and be aware that we are very fortunate that we are do these things rather than being parked at home as we were for such a long period of time.

"We’re very fortunate that the game is up and about. I think [ARLC chairman] Peter [V'landys] has done a great job with his team to get the game to where it is.

"It’s giving everyone something on a weekend to be able to watch and enjoy so we’ve got to do everything possible to keep it going."

It is hoped that by being pro-active, the Telstra Premiership can continue in its current form but a number of contingencies are being considered, including Queensland teams playing their home matches in NSW.

Maguire said there had been no indication from the NRL that clubs based in NSW and the ACT would need to relocate to Queensland.

"I think that is obviously the last port of call that they want but I guess it will always have to be talked about because you never know what may happen next," he said.

"I think everyone is positive that we will be able to stay and that is the chatter at the moment." 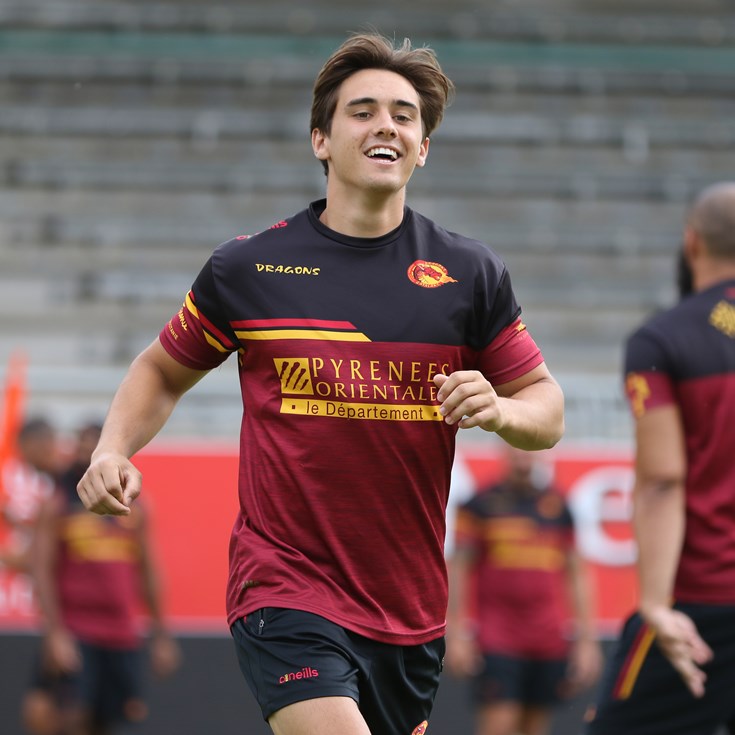 Wests Tigers: 2021 season by the numbers