Kyle Feldt has never forgotten what it's like to be a footy-mad Townsville kid who idolises the Cowboys.

It's a big reason the North Queensland star doesn't hesitate to give his time to local schools and junior league clubs.

Feldt's community work has earned him a nomination for the Ken Stephen Medal, proudly brought to you by My Property Consultants.

"I am born and bred in Townsville, so I know how much the club means to our community," Feldt told NRL.com.

"We are a community-based club as well, so we are owned by the community which is even better.

"I know growing up that I always looked up to the Cowboys and when I did join them and become, I guess, a profile player in the club, I always wanted to give back to the community in any way I could."

And while Feldt's try-scoring nous has made him a hero to many, the humble 28-year-old makes sure he is accessible to fans.

"It's a little bit surreal to know that I've achieved a dream that I wanted to do for so long," the 2015 premiership winner said.

"Any time I can go out to Adopt-A-Schools and even just walking around shopping centres, it's pretty cool when little kids come up to you and ask for your photo and that sort of thing.

"I just always want to make sure I put a good example out for the young kids and just try and show them that we are actually human beings and we do enjoy their company."

Feldt has formed a close connection with the Good Shepherd Catholic School through the Adopt-A-School program over the past five years and considers himself "very fortunate".

"I've made some really good friends in that school as well through the kids growing up," Feldt said.

"I've been able to be with a lot of them when they've graduated in grade six, going into grade seven.

"That's something I've really enjoyed. I've had two little cousins go through that school there as well."

"If it's a day we're just in the class, I read them a book and just chill out ... They don't really see too many players up close and personal.

"I just try and let them build a little friendship with me and make them feel at home, so when they see me out in public it's not so confronting for them."

The COVID-19 pandemic hasn't stopped Feldt from engaging with the school thanks to Zoom calls and video messages.

And he found a way to motivate young footballers when the Townsville & District Junior Rugby League competition was halted due to coronavirus earlier this year by helping to launch the Kyle Feldt Footy Throw Bin Challenge on Facebook.

Feldt has also been at the forefront of North Queensland's "Try for 5!" program that aims to encourage school attendance.

He would love to win the Ken Stephen Medal, but no matter the outcome he will continue to inspire the next generation.

"It's not something I've really thought about getting nominated for - I always just like to give back to the community because I'm from here." 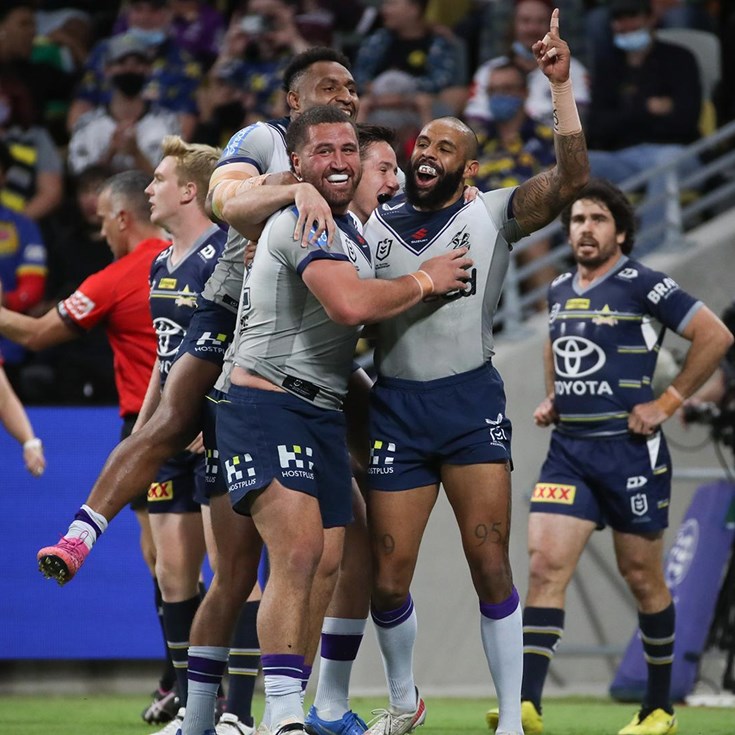