Here is all you need to know about the St George Illawarra Dragons' 2021 Telstra Premiership draw.

After going 0-4 to start last season, it's imperative for the Dragons to spring from the blocks. There are some tricky games over the opening six weeks. Cronulla are bound to issue a strong challenge in the round-one local derby before St George Illawarra head to Townsville to face North Queensland.

They're at home in round three against Manly, who should be back to full strength, before two tough away clashes with Newcastle and Parramatta. The Warriors will be awaiting them in round six.

If that dud call plus their rivalry isn't enough to get them fired up, how about the fact the Sharks are still encroaching on their Kogarah turf – they'll be the hosts in round 11.

Panthers (Round 22, WIN Stadium): Griffin hasn't coached in the NRL since being moved on by Penrith leading into the 2018 finals, so no doubt it'd be a particularly sweet victory if his team could beat the 2020 minor premiers.

The clash looms as a litmus test for the Dragons who will hope to be in playoff contention when they meet.

Knights (Round 4, McDonald Jones Stadium): All eyes will rest on Newcastle recruit Tyson Frizell, who has departed St George Illawarra after eight seasons in which he became a representative star.

There seemingly wasn't any bad blood in Frizell's exit, but the contact may still be a little heavier against his ex-teammates.

Rabbitohs (Round 20, WIN Stadium; Round 25, ANZ Stadium): The Dragons haven't beaten traditional rivals South Sydney in their last five attempts (and only four times after 2011), but they'll get two chances towards the end of the year. A final-round win over the Rabbitohs would be a nice launchpad to the finals.

Roosters (Round 7, SCG; Round 23, Netstrata Jubilee Stadium): COVID-19 prevented St George Illawarra from facing the Roosters on Anzac Day, but the tradition is set to continue in 2021 – hopefully with a full house at the Sydney Cricket Ground.

The special occasion aside, coming up against Trent Robinson's all-star team will give the Dragons a good indication of how they're travelling.

St George Illawarra's brutal run home could steel them for a finals assault or knock them out of the running. In the last six rounds, they're set to play prelim finalists South Sydney – twice (round 20 and 25) – and Canberra (round 21), plus minor premiers Penrith and a Roosters team burning to reclaim their championship title.

A clash against North Queensland in round 24 could provide some respite, but they beat the Dragons in 2020. The good news for Griffin's men is that four of the games will be at home.

The Dragons only have to face grand finalists Melbourne and Penrith once each – in round 10 and 22 respectively. 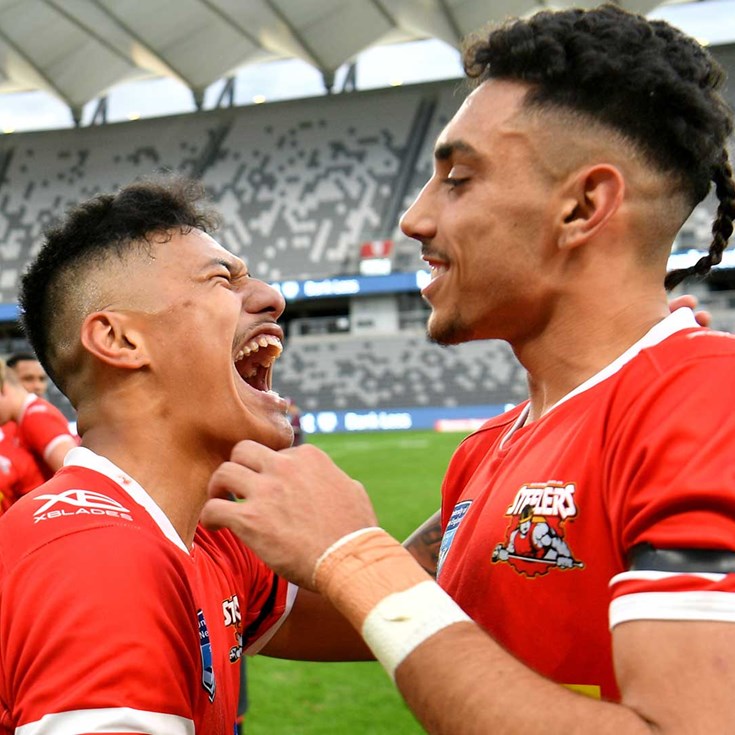