Buoyed by a courageous showing against top-flight side the Roosters last week, the Bulldogs will fancy their chances of giving the Rabbitohs an equally uncomfortable night.

The Bulldogs completed at 83% and made just seven errors - half that of the Roosters - to take some big steps in lifting standards after their 66-0 loss to the Sea Eagles a week earlier.

The Rabbitohs are in no mood for losing, however, especially with the likes of Adam Reynolds and Cody Walker pulling the strings with or without the club's Origin stars around.

Walker was mesmerising with his passing and game vision in the 46-18 win over the Cowboys - 44 of those points were scored unanswered.

Wayne Bennett's men are after six wins in a row to keep the pressure on the Storm and the Panthers at the pointy end of the NRL ladder.

Rabbitohs: Latrell Mitchell has failed to back up after State of Origin and will be replaced at fullback by Blake Taaffe in the final 17. Peter Mamouzelos is 18th man.

Mitchell's fellow Origin stars - Cameron Murray, Damien Cook and Dane Gagai - will take the field against the bottom side after strutting their stuff on Wednesday night at Cbus Super Stadium.

Veteran Benji Marshall - who is stranded in Sydney - has been replaced on the bench by outside back Braidon Burns.

Jaxson Paulo and Josh Mansour were omitted from the extended squad 24 hours before kick-off.

Winger Taane Milne (high tackle)  and prop Liam Knight (dangerous contact) both took early guilty pleas to charges arising from the clash against the Cowboys and are available to play.

Bulldogs: Jayden Okunbor and Ofahiki Ogden come into the match-day 17 with Okunbor replacing rookie winger Falakiko Manu, who is 18th man, and Ogden taking the bench spot of Joe Stimson, who drops out of the final squad.

Renouf Atoni was omitted on Saturday and his place in the starting side taken by Matt Doorey, who returns from a head knock. Doorey will start in the second row with Josh Jackson reverting to lock.

Kyle Flanagan was the other player to drop out of the extended squad 24 hours from kick-off.

Ava Seumanufagai, returning from a one-game suspension incurred against Manly in round 16, will start on the interchange.

Jeremy Marshall-King still has one more match to serve of the suspension he incurred against the Sea Eagles.

The Bulldogs have lost their past eight games in Queensland.

Josh Jackson v Cameron Murray: Jackson was outstanding against the Roosters last week topping the tackle count (56) in wet and heavy conditions, along with 99 metres off 13 runs. Murray regularly fights Damien Cook for making the most tackles each week. But Jackson and Murray are two locks whose one-on-one defence has saved plenty of tries for their respective teams this year.

Cody Walker is streaking away from the pack in try assists (21) and line-break assists (26). On both counts he's more than five ahead of Tom Trbojevic - and that's saying something. 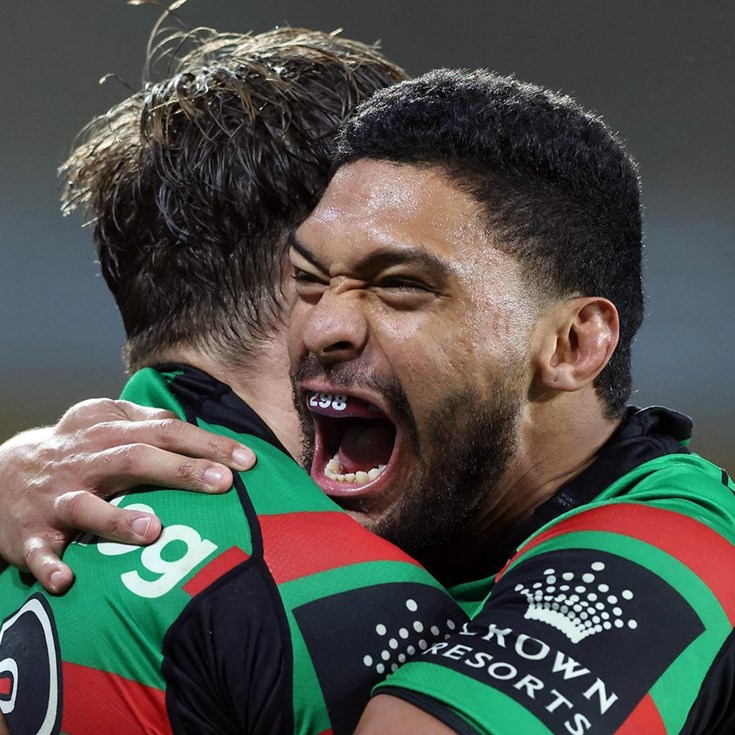 Biondi-Odo will remember this moment forever