Reuben Garrick has re-signed with the Sea Eagles until the end of the 2027 season.

Garrick is a key man for the Sea Eagles with his ability to play full-back, wing and centre, as well as being one of the NRL’s best goal-kickers.

Highly respected by his team-mates, Reuben is a very professional and dedicated athlete who is a natural leader amongst the playing squad.

Garrick has become a record-breaking player for Manly since making his NRL debut for the Sea Eagles against the Wests Tigers at Leichhardt Oval in the opening round of the 2019 season.

The 25-year-old enjoyed a record-breaking season in 2021 in his third year at Manly, finishing as the NRL’s Top Point Scorer and Dally M Winger of the Year.

Garrick became the first player in rugby league to score 20 tries and 100 goals in a premiership season with his feats in 2021.

He also broke the all-time record for most points by a player in the NRL regular season, beating Hazem El Masri’s record of 288 points set in 2004.

The best Reuben Garrick tries in 2022

Garrick hits his own turbo button 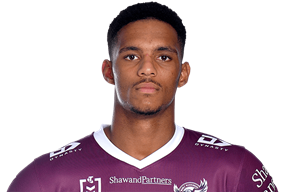 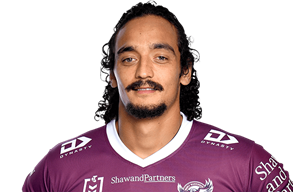