Arthur Beetson's future talents as a ball-playing front-rower were honed in his teenage years when he played at centre or five-eighth in his home-town of Roma in western Queensland.

It wasn't until he arrived in the big smoke of Brisbane in 1965 that coach Henry Holloway suggested a move into the forwards. There, Beetson established himself as arguably the finest ball-playing front-rower of a generation.

He headed to Sydney a year after claiming a premiership with Redcliffe and made his name at Balmain, where he was coached by Harry Bath.

Beetson represented Australia in his first season in Sydney, earning the nickname ''Half-a-game Artie'' after a marvellous cameo in the Ashes-deciding third Test against Great Britain.

Struggling with a shoulder injury, Beetson laid on tries for wingers Johnny King and Ken Irvine that helped to secure the Ashes for Australia.

Beetson switched to Eastern Suburbs in 1971 where he developed his skills further under coaches Don Furner and later Jack Gibson and led the Roosters to consecutive premiership wins.

In 1973 he became the first Aboriginal to captain Australia in any sport.

He captained Queensland in the inaugural State of Origin match in 1980, which ushered in a new era for the game. Beetson was named Rugby League Week's seventh Immortal in 2003. He passed away in 2011.

“Over 30 years I have never seen a more constructive or destructive player.” Story behind a classic Beetson moment 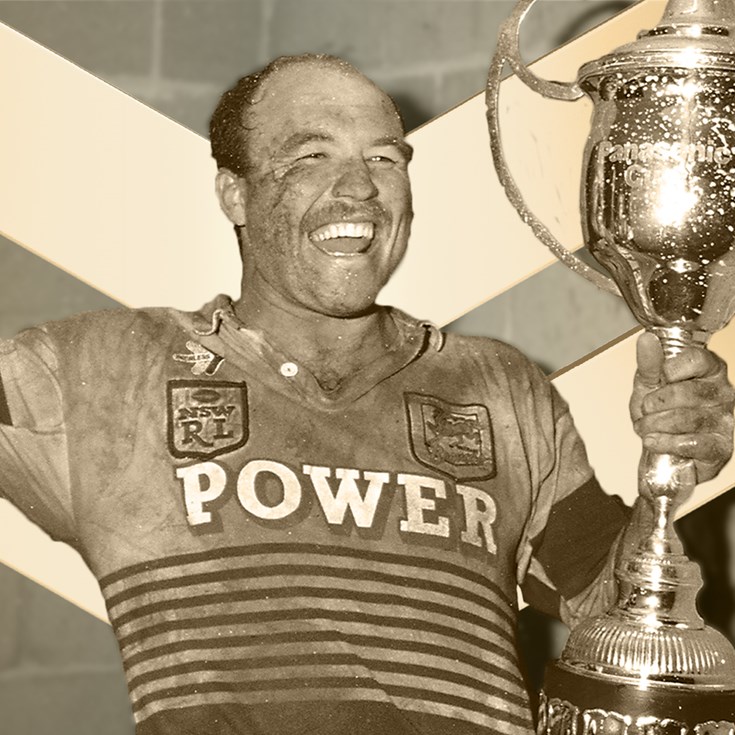